Concussion is big news in the sport of rugby at present – and rightly so.

Failure to diagnose or manage it correctly can lead to players having to give up the game, with many sufferers also experiencing ongoing difficulties with mental function, ranging from impaired memory to emotional problems. In rare cases, two concussions experienced over a short period of time (hours or even days) have resulted in death.

The problem is that concussion can occur without a person being knocked unconscious and, although there are already strict protocols followed by pitch side medical staff, there is no definitive test. This can make diagnosis difficult, especially in a high pressured situation.

Also, once a player has been diagnosed with concussion they will be excluded from training and playing for an extended period of time – so it’s important to get it right!

Now a study is being carried out by the University of Birmingham, in association with the Rugby Football Union (RFU), Premiership Rugby and the Rugby Players’ Association. It hopes to improve diagnosis by taking saliva samples from players suspected of having suffered a concussion.

Neurosurgeon Professor Tony Belli, who is leading the study, said: “The University of Birmingham recently made a significant breakthrough after identifying molecules, which can be found in saliva and act as biomarkers to indicate whether the brain has suffered injury.”

He added: “If these biomarkers are found reliable, we can continue our work with industrial partners with the hope to have a device available within the next two years that will instantaneously diagnose concussion on the pitch-side with the same accuracy as in the laboratory – a major step forward for both sport and medicine.”

A great potential development and one to keep an eye on! 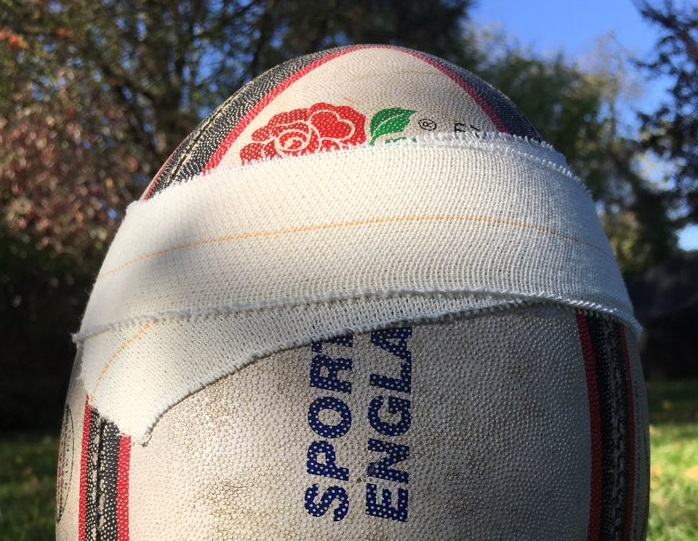 I recently had an online initial physiotherapy assessment with Theresa Bell for a shoulder problem. I was a little unsure beforehand how beneficial this would be, having previously attended physiotherapy at Bodyworks in person. However. as the session is conducted via video, Theresa was able to analyse and identify the cause of the problem by talking me through and observing me perform a range...
Read More

Having sustained a running injury just before lockdown it has been so helpful to access the Body Works Physiotherapy services online. It was really easy to book and then have a thorough and professional virtual appointment at a mutually convenient time. Using straightforward video technology Theresa was able to see and diagnose the problem, demonstrate relevant therapeutic exercises and answer...
Read More

Back Problems During Lockdown

Having previously had physio sessions with Theresa at Bodyworks it was the obvious place to go for advice with a back problem during lockdown. I was given an appointment the same day I rang and sent an email with a link. It was very easy to access. Talking by video link was strange but I could see and hear well with no technology problems. I had a consultation and was guided through some tests...
Read More

Theresa and I had an initial introduction session which was on a face to face; one to one basis. We planned to commence with single weekly sessions. As I cannot do a group session because the pacing doesn’t suit and I need extra support and guidance due to my degenerative spinal condition. The Coronavirus outbreak started before we could commence. Following lockdown guidelines Theresa has been...
Read More

"As a result of having to self-isolate indefinitely, the loss of my weekly mat and studio classes with Theresa was more than merely disappointing; I am always full of good intentions to continue at home but self-motivation definitely dwindles over time.  What a bonus it has been to be offered a selection of online, pre-recorded, weekly Pilates courses as well as ‘live’ One-to-One Pilates (or...
Read More

I have recommended Bodyworks to relations and friends.

When my shoulder became very painful, a specialist suggested that physiotherapy could help. I had several physio treatments by Theresa Bell of Bodyworks, which were beneficial. I am now 88 years old with not only an arthritic and damaged shoulder but also an arthritic knee and increasing mobility difficulties. I attend I hour Studio Pilates exercises (maximum 4 clients per session) plus...
Read More

I first saw Theresa Bell 10 years ago for a lower back problem. She advised basic pilates exercises initially to be carried out daily at home. I have since been attending weekly pilates studio sessions for maintenance. Over the years during episodes of acute pain I have attended for physiotherapy, acupuncture, ultrasound and recently had an excellent sports massage with the new therapist Joseph...
Read More

Chronic neck problems eased with manipulation and advised exercises. Excellent advice and help. Acute knee problem swiftly diagnosed and treated with great skill. Looking forward to continuing the battle against the ravages of time; thanks to Joseph Lunn.
Read More

Jo Cheyette is a knowledgeable, skilled and dedicated therapist. I have been consulting her for some time for various soft tissue ailments and via massage, ultrasound, acupuncture and exercises prescribed I have been well looked after. She is warm, approachable and empathic as well as highly skilled. The facilities, location and reception staff are all excellent. Can’t recommend them highly...
Read More

The best practitioner I have come across

"Thanks to Theresa and Body Works I have experienced significant improvements to the various ‘challenges’ to my body since I was 80. The original physiotherapy sessions in 2012 (recommended by the shoulder consultant) helped to keep the shoulder in use and subsequent sessions, which include very helpful, illustrated exercise programmes, are continuing the good work - given my reduced mobility....
Read More
Click Here to Book a clinic Appointment